A History of The Shipyard: Belfast’s Graving Docks

Having looked at origins of the area and it’s most famous resident Harland and Wolff in Queen’s Island to Titanic Quarter, we’ll now take a closer look at some of the other iconic features which still remain today – the graving docks! 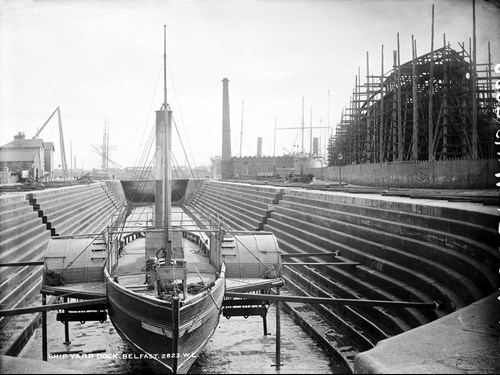 A graving dock, or dry dock, is an enclosed basin which can be flooded allowing a ship to be floated in, then drained to allow it to rest on blocks for maintenance or repair. Typical use of dry docks were for the cleaning, removal of barnacles and rust, and re-painting of ships' hulls.

In order to control the water levels, the docks were often equipped with a ‘caisson’ which fitted closely into the entrance to the basin. This was a small iron or steel structure which was constructed with buoyancy chambers and ballast tanks so that by means of valves and a pump the caisson could be flooded and sunk in place to drain the dock, or pumped dry and floated permit passage of vessels.

Queen’s Island is home to three graving docks, all of which survive today, with a total of four caisson’s being built between the 1860s – 1910s.

The oldest of these is Hamilton Dock, which was built between 1864 and 1867, and is now listed as a historic scheduled monument. Named after the Chairman of the Belfast Harbour Commissioners, Sir James Hamilton, the dock was functional for more than 120 years until the 1990s. Following a period of disrepair, the return of SS Nomadic to Belfast in 2009 signalled a new era for the dock, when it was chosen as the perfect location to restore Titanic’s tender ship, combining two authentic maritime assets. 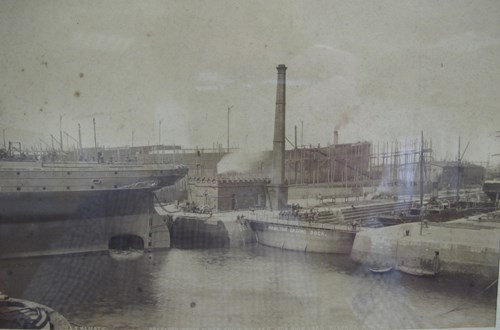 The Caisson Gate in use at Hamilton Dock c.1889/90
Maritime Belfast Trust

The original caisson gate from 1867 still sits in Hamilton Dock until the present day, and is believed to be the oldest remaining Harland and Wolff vessel anywhere in the world as it was actually given the hull number 50 in H&W’s shipping register. The small pumphouse, built at the Abercorn Basin end of the dock, also contains the original pumping machinery, though the chimney has long been removed.

Now restored and re-opened as a successful visitor attraction, SS Nomadic and Hamilton Dock are incorporated into the Titanic Experience, allowing guests to walk the decks and explore over 100 years of maritime history! 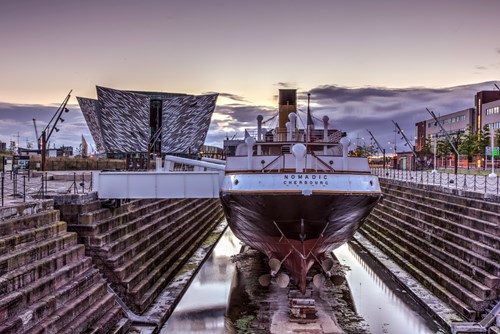 By the mid-1870s the Hamilton Graving Dock was too small to deal with the increasing size and numbers of vessels being constructed in the growing shipyard. A revolutionary idea to build a dock at the north of Queen’s Island which could be divided up into three separate sections using two caissons was devised and work began in 1885 on what would become Alexandra Graving Dock.

The project was a long and difficult one, with the contractors also having to build a heavy clay and timber cofferdam, fifteen hundred feet long surrounding the site in order to shut out the tide and keep the area dry. At the peak of the work around 500 men were employed on the project, excavating an estimated 300,000 cubic feet of earth. The dock was serviced by a pair of iron caissons, built by Workman, Clark & Co. Ltd. and assigned the yard numbers 53 and 54, while a single storey pump house was constructed and remains today, now a listed building.

The Alexandra Graving Dock was formally declared open by H.R.H. Prince Albert Victor of Wales on 21 May 1889 when the White Star liner Teutonic (Yard No. 208) was warped into the dock. Today, the dock is home to the 1914 ship HMS Caroline. Having served in both WW1 and WW2, she is one of only three surviving Royal Navy warships of the First World War, and is the last survivor of the Battle of Jutland. Currently closed for refurbishment, part of which is being undertaken by Harland and Wolff, the ship is expected to re-open as a visitor attraction later in 2017.

Between Alexandra Dock and across Queen’s Road sat a series of buildings known as the Dock Works. Most of these units contained mainly timber storage and iron works, while acted as a kind of showroom, displaying samples of the various styles of decorations for the interiors of vessels such as dining saloons and staterooms, with the cabins set up in order to help ship-owners decide which designs to choose. Today this land is now occupied by the NI Science Park and TEC Belfast. 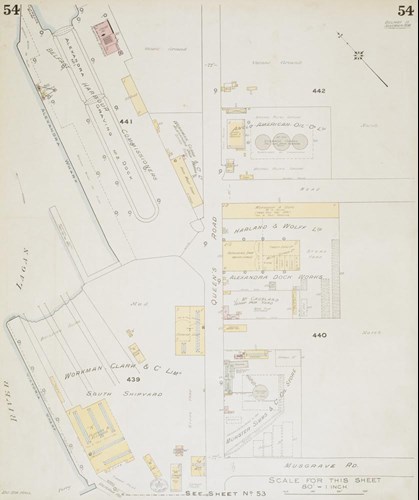 The last of the dry docks to be created in the historic shipyard was Thompson Graving Dock. Opened in 1911 and named after the chairman of the commission at the time, Robert Thompson, the dock was designed to accommodate the huge Olympic Class liners and at 850ft long was the largest in the world at the time.

Situated adjacent to Alexandra Graving Dock, the existing pump house was extended and updated to facilitate both docks, with the powerful pumps able to drain Thompson Dock of its 24m imperial gallons of water in just 100 minutes!

Remaining in use until 2002, and now re-opened to the public as a visitor attraction, Thompson Dock saw many ships pass through, the most famous of course being RMS Titanic. Following the liner’s launch from the slipways on 31st May 1911, she was warped into the dry dock for fitting out before departing Belfast to set off on her maiden voyage in April 1912. 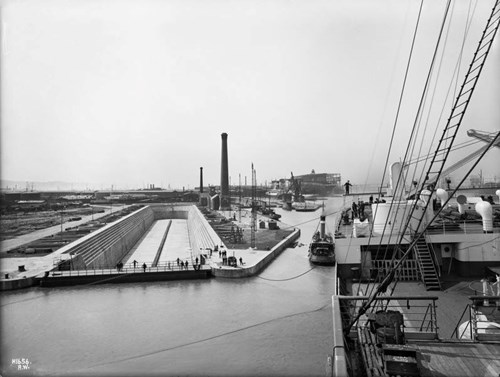 View of Thompson Graving Dock from on board Olympic during sea trials.
Maritimequest.com

Read more about the History of the Shipyard with Queen's Island to Titanic Quarter, turn your attention to the people on Queen’s Island or conclude our series with a look at the women on Queen’s Island. 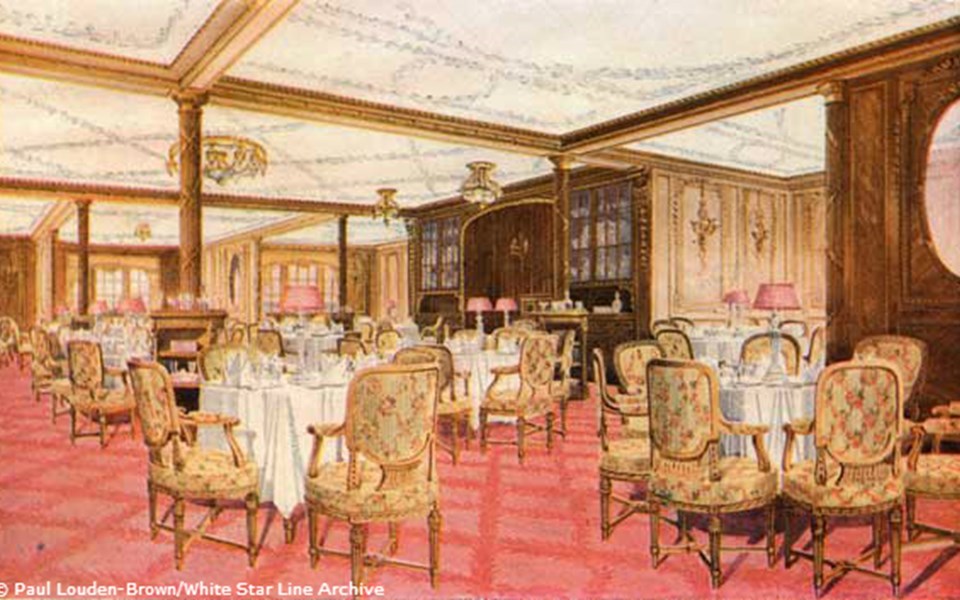 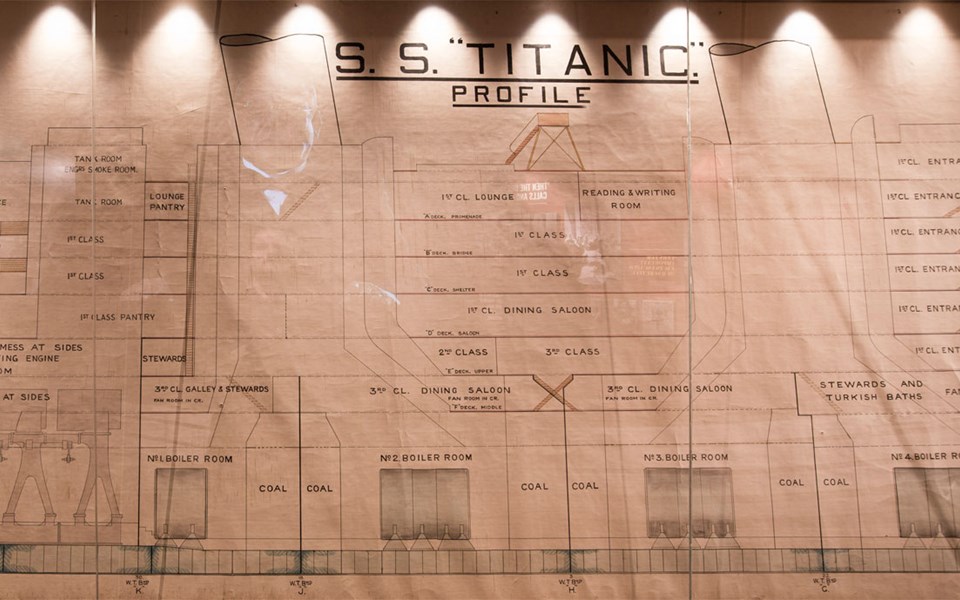 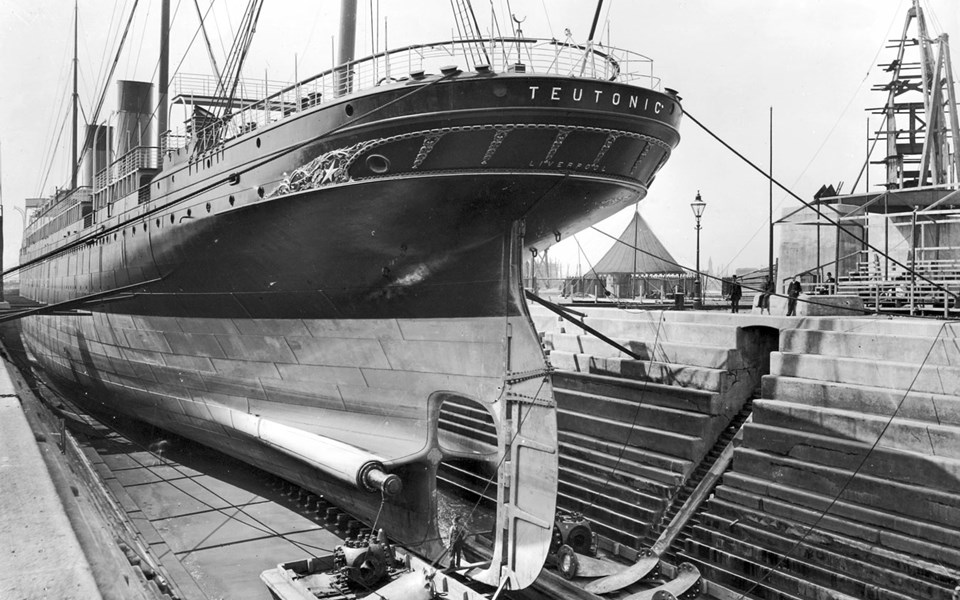