Britannic, last of the ‘Olympic’ class embodied many improvements to her water tight sub-division and extra lifeboat handling equipment following the loss of Titanic. Already far advanced in construction, she was virtually reconstructed with a complete inner skin, but neither the Company nor her builders made any further claims as to the unsinkability of their vessels.

Britannic was the largest British built liner at the time of her launch and held this record until the introduction of Cunard’s Queen Mary in 1936. The First World War and an urgent need for troop transports and hospital ships resulted in Britannic being converted and repainted in hospital ship colours for service in the Mediterranean. On 21 November 1916, while steaming in the Aegean Sea on passage for Mudros she struck a mine. The ship was racked by violent explosions later believed to have been coal dust exploding in her bunkers, causing massive damage and disabling the automatic system for closing the watertight doors. The ship sank in less than an hour with the loss of twenty-one of her crew and nine officers and men of the Royal Army Medical Corps.

Britannic holds the record as the largest liner sunk in both the First and Second World Wars. With her loss White Star were never able to operate their giant three-ship service as planned before the war, the service maintained instead with surrendered German tonnage, converted for White Star use. 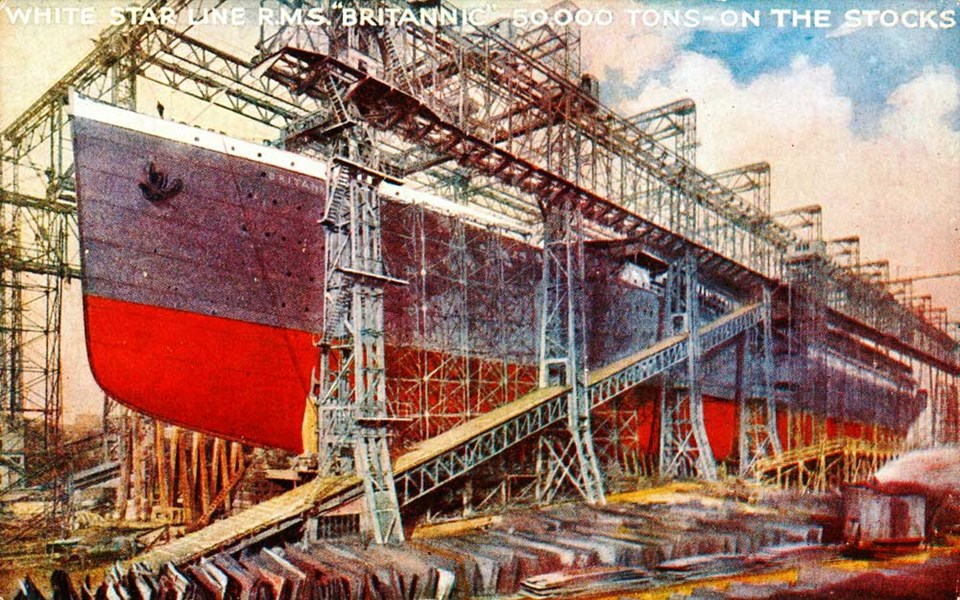