On This Day
RMS Titanic
Harland and Wolff

Today, Titanic was fully framed. Plating of the vessel began immediately and was completed six months later on 18 October.

Between keel laying and launching work on Yard No. 400 (Olympic) occupied a total of 674 days, or 1 year, 10 months and 5 days. By comparison work on Yard No. 401 (Titanic) took much longer, 792 days, or 2 years, 2 months and 1 day. The extra time accounted for by the number of changes made to Titanic, not least the glazing in of the forward section of her promenade deck. 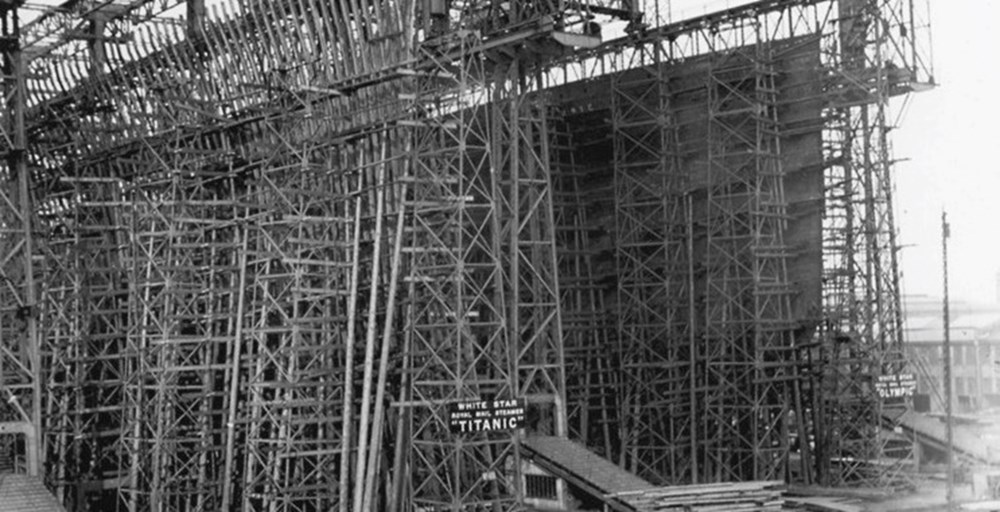