The 46,328-ton passenger ship Titanic was launched from Slipway No. 3 in the North Yard today for the Oceanic Steam Navigation Co. Ltd., Liverpool (White Star Line). Her launch weight was recorded at 24,360-tons.

The following is typical of the newspaper:

'TITANIC IS LAUNCHED Without a Hitch at Belfast. The launch of the White Star Liner Titanic took place at Harland & Wolff's yard this afternoon. The Titanic the twin sister to the Olympic, constructed at the same yard, and which was lying in Belfast Lough awaiting inspection by the White Star directorate before proceeding to Southampton to participate in the New York service.' 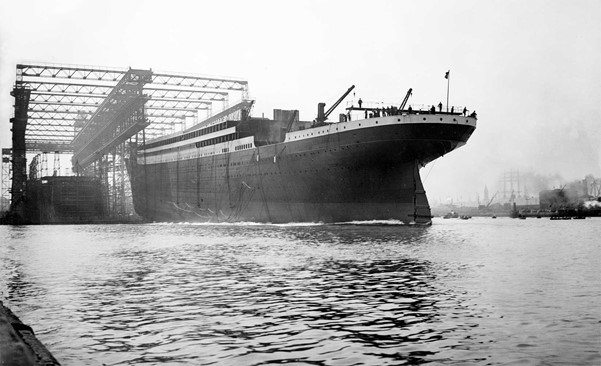