On This Day
RMS Titanic
Harland and Wolff

Titanic's keel, or 'backbone', was laid in Slip No. 3 alongside her sister, Olympic, whose keel was laid down 3½ months earlier. More than two years later on 31 May, 1911, Titanic's hull was launched after which the process of "fitting out" began.

The vessel was officially completed and handed over to the White Star Line on 2 April, 1912, after more than 3 years and tens of millions of man hours. Only 13 days later this marvel of Edwardian engineering would be at the bottom of the North Atlantic. 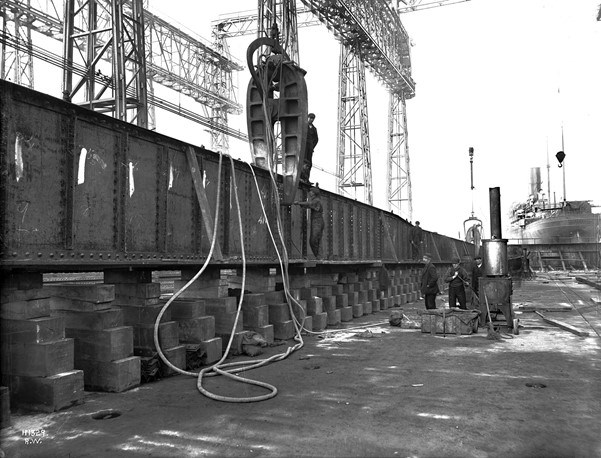