The memorial cost £740 to construct and the bronze figure of Smith in his White Star uniform sculpted by Mrs Kathleen Scott, the widow of Captain Robert Falcon Scott, RN, who died along with his men trying to reach to South Pole in March 1912. 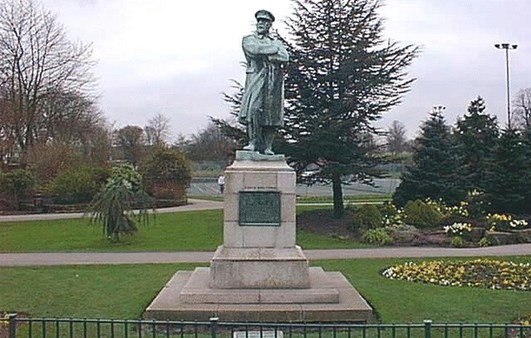