On This Day
Harland and Wolff
Teutonic

On board Teutonic (Yard No. 208) on Sunday morning the weather set in with mist and rain and the former continued all through the day. Because of this the call at Queenstown was abandoned and course set for Liverpool.

Several trials of speed were made, mostly at night, the results of which were reported to be fully satisfactory. With only three-quarter boiler power a speed of eighteen knots was easily maintained with the engines making sixty revolutions per minute.

At dinner many complimentary speeches were made about Teutonic and Sir Edward Harland, replying on behalf for his firm, said ‘it always gave satisfaction to a builder to come to the conclusion of his work, and he hoped and trusted that in the case of the Teutonic their work would prove a success. 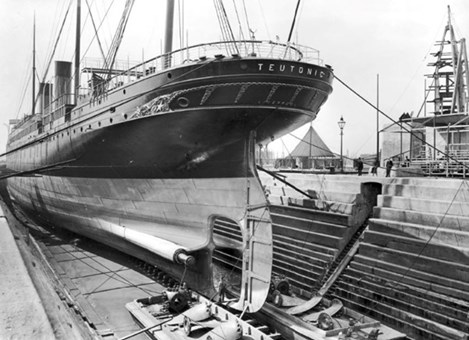