The memorial to Titanic’s engineers’ was unveiled today by Sir Archibald Denny, President of the Institution of Marine Engineers, before an estimated 10,000* people in Southampton’s East Park today.

The granite memorial with bronze panels depicts Titanic’s engineers' standing at their posts in the engine room either side of a female figure representing Nike, in Greek mythology the winged goddess of victory, standing on the prow of a boat. In her out stretched hands she holds laurel wreaths symbolising the crowning of their heroic sacrifice.

Sir Archibald said to the assembled crowd, including many widows of those lost, that the conduct of Titanic’s engineers’ ranked with the heroism displayed by the soldiers on the deck of the troopship Birkenhead.

The ‘Last Post’ was sounded by Boy Scouts as the memorial was formally taken over by Alderman Sharp on behalf of Southampton Corporation.

*A number of internet references quote this figure at 100,000. However, almost all contemporary newspaper accounts quote the figure of 10,000. 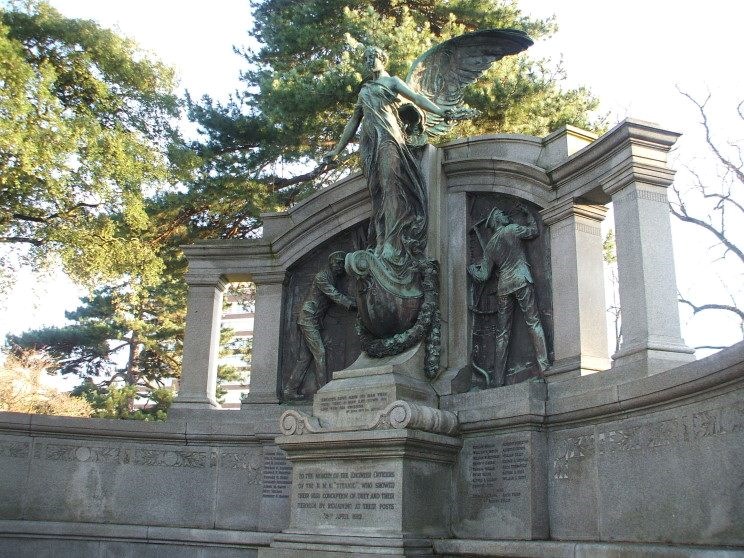