On This Day
Harland and Wolff
Teutonic

On this day, an Irishwoman, aged 50 years, was landed at New York from Teutonic (Yard No. 208), having stowed herself in the hold of the vessel at Queenstown.

It was reported that this was the first female stowaway ever landed at the Port of New York. The woman claimed to be the wife of a sailor on board a British man-of-war and that she she had gone to United States to see her children who had emigrated three years before.

Captain Peter Irving, Teutonic's commander, referred the woman to the Collector and suggested her return to Ireland as she had no money. 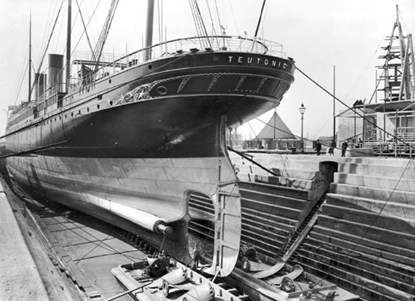