When Nomadic returned to Belfast in 2006, she was in a sorry state and bore little resemblance to the original condition in which she had left 95 years before.

She was missing her top two decks (bridge and flying bridge), which had been removed before she left Paris. She had been looted for many of her original features and portholes and the cold and damp had started to take hold.

After the Department for Social Development had purchased Nomadic, following her return to Belfast, the Nomadic Charitable Trust faced many challenges. Initial financial support from Belfast City Council enabled the Trust to develop and agree the way forward for the ship and involve marine and conservation specialists to estimate the restoration costs.

Another breakthrough was major financial support from Ulster Garden Villages, a local philanthropic Trust, followed by a donation from the Belfast Harbour Commissioners. With three new funders secured in the first six months, this provided the momentum for the project and helped to encourage support from other sources. In 2008/09 the project was appointed as the charity of the year by the Institute of Directors, which symbolised strong support for Nomadic from Northern Ireland's business community. In addition, a local group, Better Belfast, who were involved in providing organisations with small grants to support the development of Belfast's 'product', also provided a generous sum.

The next challenge was to find a permanent place for Nomadic, where the restoration could be completed and where eventually she could be opened to the public. Hamilton Dock had been unused since the 1990's but with the support of Belfast Harbour Commissioners and Titanic Quarter the dock was prepared as a new home for Nomadic and she 'moved in' in August 2009. This helped to expand the project and the restoration of the dock was added to the Trust's restoration plans.

In 2010, the Special European Union Programmes Body (Peace III programme) and the Northern Ireland Tourist Board provided funding for the first major phase of the physical restoration - this phase included the reinstatement of the bridge deck, flying bridge deck and the funnel. Following an open tender process, and nearly one hundred years after they had originally built Nomadic, Harland & Wolff were awarded the contract to complete this phase. As the physical external restoration started to take shape, the project team continued to work behind the scenes to develop meticulous plans for the internal restoration and to source further funding for funding to complete and open the ship and the dock to visitors.

In July 2011, the project was awarded funding from Heritage Lottery Fund, Heritage Grants programme and simultaneously secured match funding from the Department for Social Development. The finance was now available to return the interior of the ship to its original 1911 condition, to restore the west side and pumphouse of Hamilton Dock and to develop a high quality visitor experience. Tracey Bros Ltd won the tender for this work and started on site in 2012. The restored ship and dock opened to the public in 2013.

April 2015 saw a new chapter for SS Nomadic as the Nomadic Charitable Trust officially transferred the ship to Maritime Belfast Trust (then known as Titanic Foundation Limited), the charity set up to preserve and promote the maritime and industrial heritage of Belfast.

Day-to-day operation of the ship passed to TBL International who integrated it with the award-winning Titanic Belfast by including a visit to SS Nomadic with every Titanic Experience ticket. Titanic's tender now welcomes hundreds of thousands of guests on board and remains an important part of Belfast's maritime heritage! 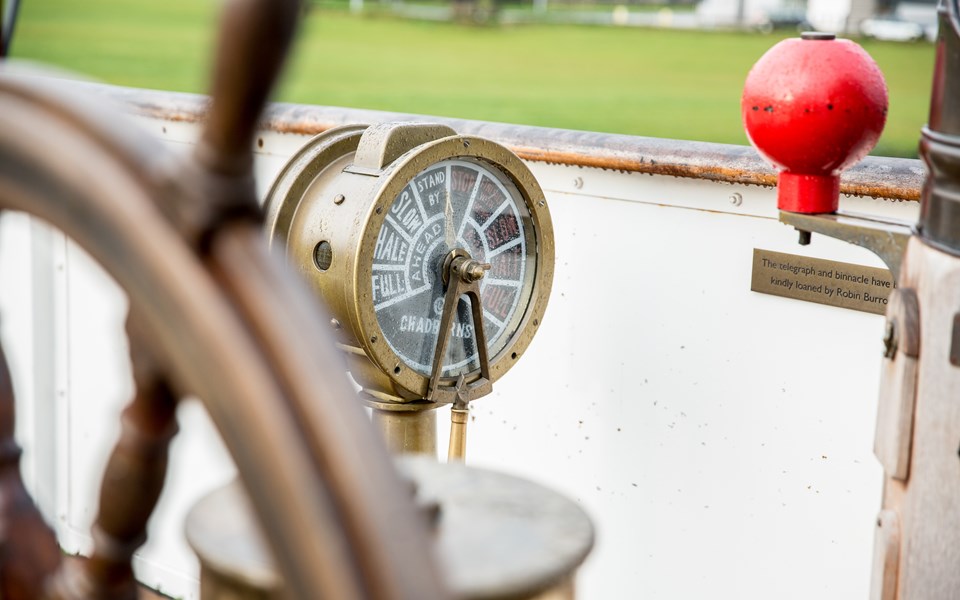 Hamilton Dock and The Caisson Gate